During the 46th EEMGS/30th GUM in Potsdam, Germany in March of this year, Andrew Collins received the EEMGS Frits Sobels Award and Rhiannon David received the EEMGS Young Scientist Award. In addition, 6 poster prices were awarded. 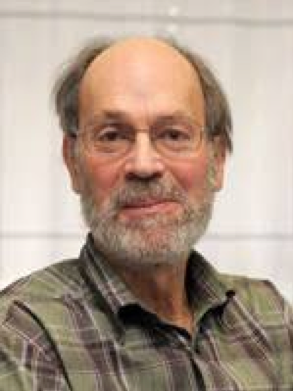 Prof. Andrew Richard Collins is an Emeritus Professor at the University of Oslo and the research director of NorGenoTech. He has spent his long scientific career in different places such as the University of Cambridge (1974-1979, 1980-1986, where he obtained his PhD in 1972 and the ScD in 2006), the Cambridge Coral Starfish Research Group (Port Sudan, 1973), the Eleanor Roosevelt Institute for Cancer Research (Denver, 1979-1980); the University of Aberdeen (1986-1991), the Rowett Research Institute (Aberdeen, 1992-2002) and the University of Oslo (2002-present). In 2009 he co-founded the spin off of the University of Oslo, ‘Comet Biotech’ (currently active by the name of NorGenoTech).
Andrew has been active in the field of environmental mutagenesis for all his scientific career, with special interest in human biomonitoring and nutrition. He is a very well known scientist for his contributions regarding all the modifications performed to the standard comet assay in order to measure different DNA lesions and even DNA repair. During his career, Andrew has published more than 280 scientific papers and books chapters, and received more than 15 400 citations since 1996. He has been Editor of the European Journal of Nutrition and ‘First Editor’ of the British Journal of Nutrition; and member of the editorial board of the following scientific journals: Free Radical Research, Mutagenesis, Mutation Research Reviews, Biomarkers, DNA Repair, Cell Biochemistry and Function. He has been involved in several national and international projects being the coordinator of the COMICS project (EC-STREP, FP6, 2007-2009). He founded the DNA Repair Network and the ComNet project.
His scientific achievements have been recognised at international level by different awards: Honorary Professor at The Robert Gordon University (2000-2010), Jan Jessenius Gold Medal of the Slovak National Academy of Science (2000), 1st James Parry Award of the UKEMS (2011), Honorary Professor at the Hong Kong Polytechnic University (2012-2014) and Elected Life Fellow of the UKEMS (2013). Moreover, he has been involved in the organization of several conferences and workshops.
Andrew was Chairman of the European Standards Committee on Oxidative DNA Damage (1998-2003), member of Scientific Council (Scottish Cancer Foundation, resigned 2003), president of the UKEMS (2002-2004) and UK counsellor of the EEMS (2002-2004). Moreover, he was member of the EC Expert Group Women in Research Decision Making (2006-2007). Though partially retired, he is still very active in several research projects and the Chair of the Management Committee of the COST Action hCOMET. 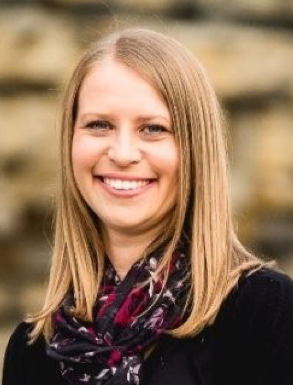 Dr Rhiannon David is an Associate Principal Scientist in the Genetic Toxicology group, part of the wider Discovery Safety team at AstraZeneca, Cambridge, UK. Rhiannon completed a BSc in Biochemistry and an MSc in Toxicology at the University of Birmingham. Having become interested in environmental genotoxicology, she undertook a CASE award PhD studentship with Brixham Environmental Laboratory, part of AstraZeneca, under the supervision of Prof. Kevin Chipman at the University of Birmingham, where the effects of mixtures and the DNA damage response were core interest areas. She received her PhD in 2009 and following this joined the Department of Medicine at Imperial College, London as a postdoctoral scientist. Rhiannon’s primary research was a Food Standards Agency funded project investigating the mixture effects of food-derived genotoxic carcinogens. During this time, Rhiannon developed an interest in novel techniques that would improve the in vivo relevance of in vitro assays, and a successful UKEMS small grant application enabled her to investigate the use of organotypic 3D culture for genetic toxicology tests.

Rhiannon joined AstraZeneca in 2015 where her role involves delivering genotoxicity safety assessment of potential new therapeutics across multiple therapy areas. In addition, Rhiannon’s interest in novel techniques has led to the development of an in vitro Pig-a assay in L5178Y cells, and she is leading the development of a bone marrow microphysiological system for improved safety assessment. Rhiannon has published several first author manuscripts as well as being a co-author on several others, and has received international recognition for her work, having been awarded the SOT Best Postdoctoral Award by the Mixtures Speciality Section in 2013 and the UKEMS best Oral Presentation award in 2016.

The impact of manganese on DNA damage repair in Caenorhabditis elegans
Institute of Nutritional Science, University of Potsdam, Nuthetal, Germany;

The effect of weight loss on antioxidant status and DNA damage in obese subjects
Institute of Pharmacology and Toxicology, University of Wuerzburg, Wuerzburg, Germany;

Investigating the role of base excision repair in the aging process assessing DNA incision activity via a non-radioactive cleavage assay
Institute of Nutritional Science, University of Potsdam, Potsdam, Germany;